I often listen these days to the Classical Morning program that airs on Swedish Radio from Monday through Friday, but that's also available through the Internet. Their selection is always interesting and frequently includes women composers. The director and beguiling voice of the program is Erika Libeck Lindahl.

On Christmas Eve they featured Peter Tchaikovsky’s incidental music to Snöflickan or The Snow Maiden, a play by Alexander Ostrovsky, which premiered in 1873 at the Bolshoi Theater.

There are variations of the snow girl, Snegurka, in Russian fairy tales. I remember one story from Andrew Lang’s fairytale series. Childless parents make a girl from snow, who comes to life and brings them joy. Eventually, of course, she melts when the weather warms. Another version, the one used by Ostrovsky and Tchaikovsky, has echoes of The Little Mermaid. The Snow Maiden is unable to fully love, even though she likes a shepherd. As soon as her mother allows her this gift, love makes her heart warm. And she melts.

Posted by Barbara Sjoholm at 3:43 PM No comments: Links to this post

Last week, hurricane-force winds and storm surges knocked around the countries of Northwestern Europe, including Denmark and Southern Sweden. A few seaside towns in Denmark were evacuated and the major bridges closed, including the Øresund Bridge from Denmark to Sweden. Trains stopped running and the Danish headlines shouted that Bodil was on its way and Bodil was here. Floods followed and the winds even toppled the tall Christmas tree in Copenhagen's City Hall Square.

Until recently Danish storms were either unnamed or named for the dates they occurred on. This past October, huge winds swept through Denmark at almost 200 km an hour, the highest wind speed ever recorded in the country. That storm was initially known as the St. Jude Storm, but the Danish Meteorological Institute retroactively decided to call it Allan, perhaps with the idea that since such storms were likely to become more frequent due to climate change, they should have their own personal names. So after Allan came Bodil.

At least Denmark called the Category Two Hurricane Bodil. The Swedes decided to call the storm Sven. This wasn't simple contrariness; in fact Swedes claimed that Sven was Sven before Bodil was Bodil.

Did the storm undergo a gender change crossing the body of water that separates Denmark and Sweden? In some places the media decided to play it safe, and the words Bodil/Sven appeared on TV screens beneath scenes of storm-tossed waves and smashed boats and submerged houses.

A Danish site observed that according to Danmarks Statistik, nine people in Denmark are actually called Bodil Storm. Additionally, 13,250 women have Bodil as their first name and 1,866 Danes have Storm as their last. Employees at the Danish Meteorological Institute said they wanted a first name that was fairly well known, so that no one would feel particularly "singled out."

The British seem not to have worried overmuch about hurting anyone's feelings.The European Windstorm Centre, a UK-based forecaster, gave the storm the name Cameron.


Posted by Barbara Sjoholm at 3:38 PM No comments: Links to this post

At the SASS conference last May in San Francisco Tom DuBois, a folklorist and professor at the University of Wisconsin, presented an engaging paper on his work with a grad student, Jonathan F. Lang. The two of them had teamed up to investigate the science behind the medical healing practices that Johan Turi described in his books An Account of the Sami (1910) and Lappish Texts (1918–19). Although the practices often sound arcane, DuBois rightly supposed that many of them must have been efficacious enough to have been remembered. Lang researched these healing treatments, many of them related to ethnobotany and animals, and DuBois supplied the context for Sami folk healing in Northern Scandinavia a hundred years ago.

Their scientific paper, “Johan Turi’s animal, mineral, vegetable cures and healing practices: an in-depth analysis of Sami (Saami) folk healing one hundred years ago” is now available online from the Journal of Ethnobotany and Ethnomedicine. 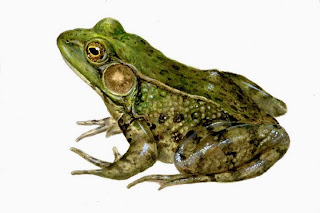 I recall when read An Account of the Sami (in its earlier translation by E.Gee Nash, Turi’s Book of Lapland), that I was struck by Turi’s references to treatments using frogs:  “The frog is a creature that, if one dares takes it in one’s hand and the frog happens to pee, that hand acquires healing power. If one only presses an affected area with such a hand, the pain will diminish at once. And the frog is also a remedy for when one has skin eruptions around the mouth: one presses and rubs the frog on the affected area.”

But it turns out that the Sami were on to something. As Lang found in his research and literature review:

“The ways in which Turi suggests to use frogs—i.e., either to directly rub a live frog on the affected area or to ingest a frog dried and cooked in milk—suggest the presence of bioactive compounds in frog skin. In the 1980’s it was discovered that frogs secrete antimicrobial peptides in their skin. These peptides inhibit the growth of bacteria and fungi, and induce osmotic lysis in protozoa.”

The article has many more fascinating links between science and Sami folk healing.
Posted by Barbara Sjoholm at 8:54 AM No comments: Links to this post 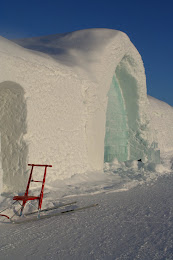 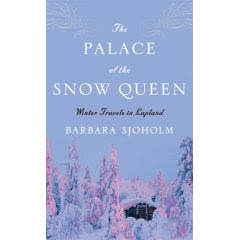 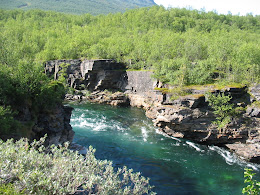 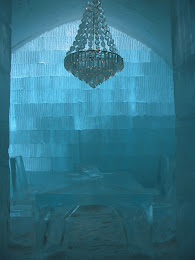 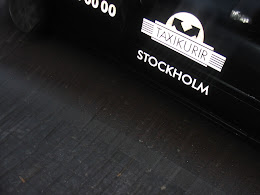